The experimental details of FSW are carried out at multiple welding parameters along with temperature measurements. A heat transfer numerical model can generate the thermal contours and thermal profile on the advancing and retreating sides of the weld to validate the experimental data. Several assumptions are made to make the calculations uncomplicated; during welding, the heat generation rate is assumed to be constant except at the start. At the end of the process, the weld cross-section displays stable geometry, structure, and properties, hence displaying quasi-steady behaviour; the insertion of the tool pin inside the workpiece and the rotational tool speed is assumed to be constant. In the model, three significant governing equations are solved to get a pseudo-steady state three-dimensional temperature field. These are mass, momentum, and energy conservation equations. The boundary conditions are applied to solve the differential equations. Thermal boundary conditions and velocity boundary conditions are the two conditions taken in FSW. The model can validate experimentally measured thermal profiles for peak temperature, heating rate, and cooling rate. Our research work involves predicting the thermal profile and melt pool geometry of the friction stir welded alloys by employing an in house code that has been developed by numerous contributors of the research group so far.

Additive manufacturing (AM) is commonly known as 3-D printing; it makes 3-D objects through layer by layer deposition of materials. AM technology can impact the designs and applications in various industries such as electronics, aerospace, automotive and biomedical, etc. AM processes take information from computer-aided design (CAD) files that are later converted into stereolithography (STL) files. In CAD software, the drawing is made, and triangles and slices approximate it. These approximated triangles and slices contain the information of each layer that is going to be printed. AM technology is very prevalent in the aerospace and automotive industry because of the possibility of making lighter structures to reduce weight. Generally, in AM of metals, a powder feedstock or a wire is fully melted by the heat input of an electron beam or laser and transformed layer by layer into a solid part of any complex geometry. Our group works on modelling heat transfer and material flow for the Laser-assisted Directed Energy Deposition (L-DED) AM process. The in house developed numerical model can successfully compute the thermal cycle, peak temperature, the geometry of the melt pool for varying process parameters such as – laser power, scanning speed, and laser beam radius. Various contributors have developed the model from the AMPR group.

The Discrete Element Method (DEM) is a numerical technique for predicting the behaviour of bulk solids. A bulk solid is a large collection of solid particles, which is otherwise known as granular media. Some examples of granular media flows include grains being moved through processing equipment, ore being passed through mining machinery, and sand falling through an hourglass. DEM is a mesh-free method and does not solve the continuum equations of motion. Hence, no stress-strain constitutive law for the material is needed. Instead, a stress-strain relationship can be obtained as an output from the DEM model. Current work on DEM is to study the flow of fibre reinforced polymer materials through nozzles in the fused deposition modelling process. The DEM method allows us to consider the discrete nature of reinforced fibres. It is being used to analyse the effect of various process parameters on the orientation of fibre. Orientation of fibre in final printed parts brings anisotropy, so it is required to have a better idea of the effect of various process parameters. This work is being done by coupled CFD-DEM technique. 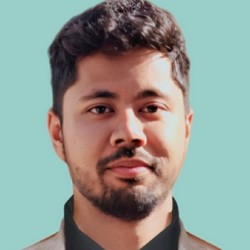 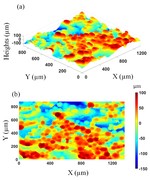